A wide range of stains, fixatives & reagents in ready-to-use volumes is available, with easy to follow instructions, preparation advice and safety data.

This preservative is a good overall fixative and will fix both ova and cysts although it only preserves the internal morphology of the cysts for up to 6 months, after which the cytoplasm of the organism becomes granular with poor nuclear definition.

Formol-Ethyl Acetate concentration methods can be performed on samples preserved in MIF.

This method will preserve ova, larvae and trophozoites well, but cysts may show some distortion.  However, some ova and cysts do not concentrate well when preserved in PVA. 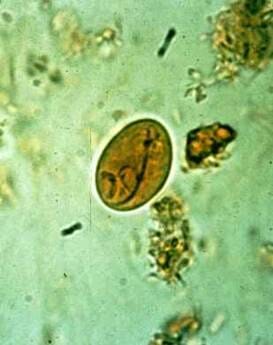 Mayer’s Glycerin-Albumin is used when preparing slides for staining. The albumin helps to ensure that the specimen adheres to the slide and the glycerin retains sufficient moisture to prevent distortion or disruption of organisms on drying.

Used to emulsify parasites in faeces, for use in standard Parasep® protocols.

A solvent that removes fat from faeces, for use in standard Parasep® protocols.

Aqueous solution and dye, can be used in the Gram’s technique. 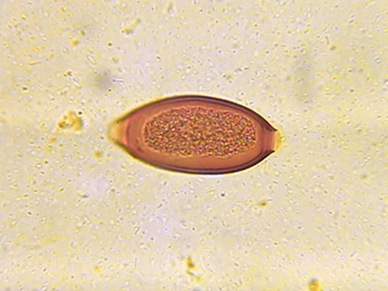 The addition of Acridine Orange to a faecal concentrate highlights the chromidial bars of Entamoeba coli, Entamoeba histolytica/dispar and Entamoeba hartmanni, which fluoresce bright green.

Results in Oocysts appearing as bright yellow discs against a dark background.

FIELD’S STAIN SOLUTION A AND SOLUTION B

N.B. Both solutions are ready for use and should not be diluted.
This technique is a rapid Field’s stain method, which enables rapid staining of fixed thin films of various clinical samples. This particular method is very useful for staining films of unformed faeces, faecal exudates, duodenal aspirates etc.

Gram’s Stain distinguishes between the two major classes of bacteria due to the differences in cell wall structure ;
Gram-positive bacteria, remain coloured after the staining procedure, and gram-negative bacteria, which do not retain dye.

In the staining technique, cells on a microscope slide are heat-fixed and stained with a basic dye, Crystal Violet, which stains all bacterial cells blue. Iodide solution is then added that allows the iodine to enter the cells and form a water-insoluble complex with the Crystal Violet dye. The preparation is then treated with a decolourise solvent, in which the iodine-crystal violet complex is soluble.

Although the cell walls of gram-negative and gram-positive bacteria are similar in chemical composition, the cell wall of gram-negative bacteria is a thin layer sandwiched between an outer lipid-containing cell envelope and the inner cell membrane, whereas the gram-positive cell wall is much thicker, lacks the cell envelope, and contains additional substances, such as teichoic acids, polymers composed of glycerol or ribitol.

The difference in reactivity between gram-positive and gram-negative bacteria is linked with differences in physiological properties of the two groups. Gram-positive bacteria are generally more sensitive to growth inhibition by dyes, halogens, many antibiotics, and to attack by phagocytosis and are more resistant to digestion by the enzyme’s pepsin and trypsin and enzymes in animal sera.

Note
The Grams Iodine Concentrate (C) should be added to the Diluent (B) and mixed well before use. All solutions are now ready to use in dropper bottles.

The addition of iodine to a stool concentrate highlights the internal inclusions of cysts; e.g. the nuclei and glycogen mass, thus aiding their identification.

For example, the addition of iodine enhances refraction of the nuclei of Endolimax nana, stains the peripheral chromatin of the nuclei of Entamoeba species and demonstrates the well-defined glycogen mass which is a feature of pre-cysts or immature cysts if E. coli and cysts of Iodamoeba butschlii.

Safranin O is a red stain used to differentiate bacteria, used in the Gram’s technique. 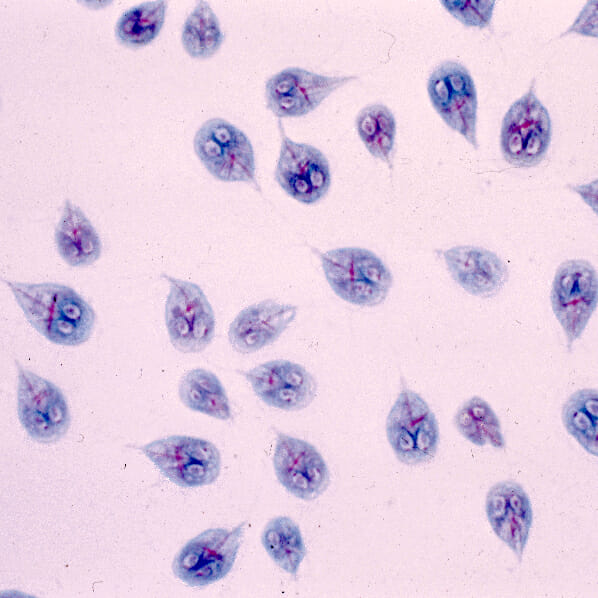 Documentation related to this product is available for download here. Also, consult Apacor’s full database of References for all other product documentation and related validations and certification.